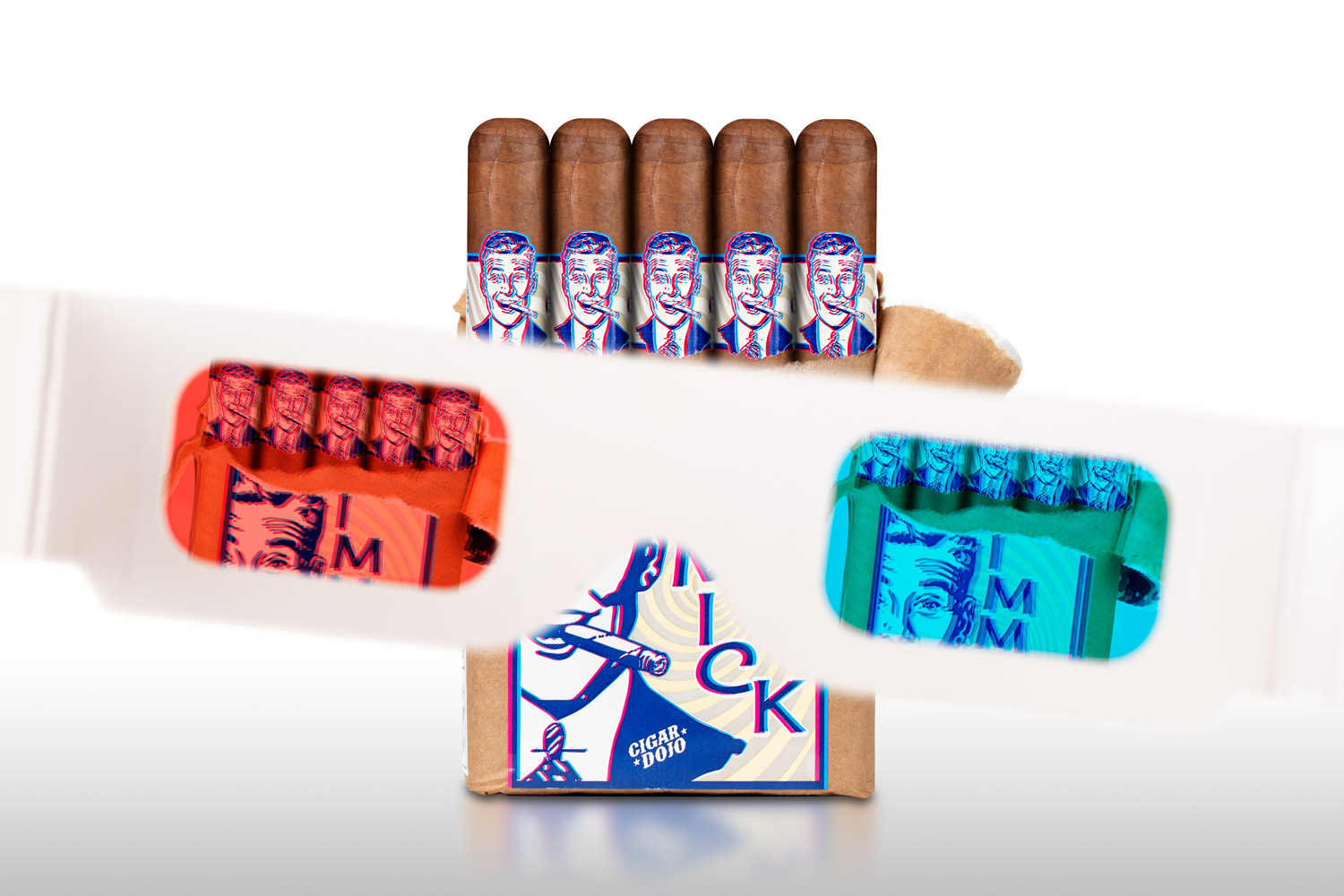 Like Keto dieting, “Weird Al” Yankovic, and virtual reality, some gimmicks prove themselves more than simple novelties. Favorably or not, it’s a concept cigar smokers have become all too familiar with in the modern era. Blame it on the craft-beerification of premium cigars, blame it on the ubiquity of social media, blame it on creativity (or lack thereof), but the advent of the gimmick is on the rise. Why not embrace it?

The Gimmick is anything but, with Cigar Dojo and Lost & Found unearthing a fine-tuned flavor experience from the time-worn aging rooms at Tabacalera William Ventura in the Dominican Republic. Sized at 5″ x 52, Gimmick boasts a Dominican Habano wrapper, Sumatran binder, and all-Dominican fillers. This concoction results in a medium-plus intensity, showcasing an old-school, balanced profile with a kick.

Gimmick is a slap in the face to all gimmicks before it, arriving with custom-designed 3D anaglyph artwork throughout the cigar’s packaging and bands, as well as the proper 3D glasses to bring the imagery to life!

“Very excited about this release with Dojo. I hope the consumers enjoy the cigar as much as I do.”
—Robert Caldwell in a suit

Gimmick is set to launch exclusively through online retailer Atlantic Cigar Co., with 500 bundles of 10 cigars launching October 2nd at 12pm (EDT). Pricing is set at $75 MSRP per bundle.